Word Of The Week! "Esports" 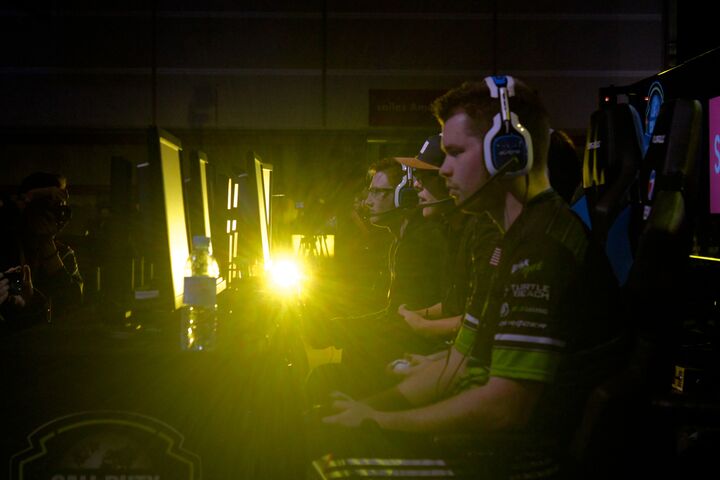 The world of Esports can be a confusing one. Luckily I am here to bring you up to speed!

Hello everyone! And welcome to the Esports Savvity. As someone new to this community it may become overwhelming with the amount of jargon within the scene. Therefore, Word of the Week will aim to help describe what many of these terms are, so that no one is left behind in the complex (but immensely enjoyable) world of Esports!

So, what better way to start Word of the Day than to define Esports?

Put simply, Esports (short for Electronic Sports, think email) is any competition which involves playing a video game for a cash prize. The types of games that can be played in an Esport setting include individual competition, where one player will directly face another, or a team setting, where small teams battle for supremacy. The type of game can vary, from first person shooters, to MOBAs (spoiler for next weeks Word of the Week!), to racing games.

The scale of Esports is growing, and fast. What was once a niche activity for pocket change has since evolved into a huge international industry, with the winner of a worldwide competition in DOTA 2 recently awarded in excess of $10,000,000 for their efforts. And the audience? While mostly online, Esports has the power to pull in over 25 million unique viewers (Source via ESL), with that number only expected to grow in the future.

Photo by Lignel Victor on Unsplash

Really informative! What are the most popular games?

#1 Among the most popular games are League of Legends and Dota (which are one genre of games), as well as Counter Strike and Overwatch, which are another!

DOTA could be a dictionary entry here since its an acronym for “Dawn of the ancients”. Before I knew, when my kids talked about DOTA, I didn’t understand a word they were saying. :-)

That's a good idea. I think there should be several dictionary entries for this community so that I can understand what is going on! haha otherwise, it feels too much like another language.